Since 2014, we've designed, developed, and grown a custom website platform for Herman Miller's contract furniture dealer network. By the start of 2022, membership had grown to 43 dealers—and counting. We've had zero turnover since we launched.

Mighty guides each dealer through the site creation process, including helping dealers gather and write effective web content. After we launch each dealer’s site, we provide ongoing support and maintenance for the entire dealer member community.

Herman Miller subsidizes their dealers' membership and support costs, and entrusts Mighty with a six-figure annual roadmap for continuous improvement of the product. Now on its third major version, we continue to lead product development, manage the dealer community, and drive platform strategy with the Herman Miller team. 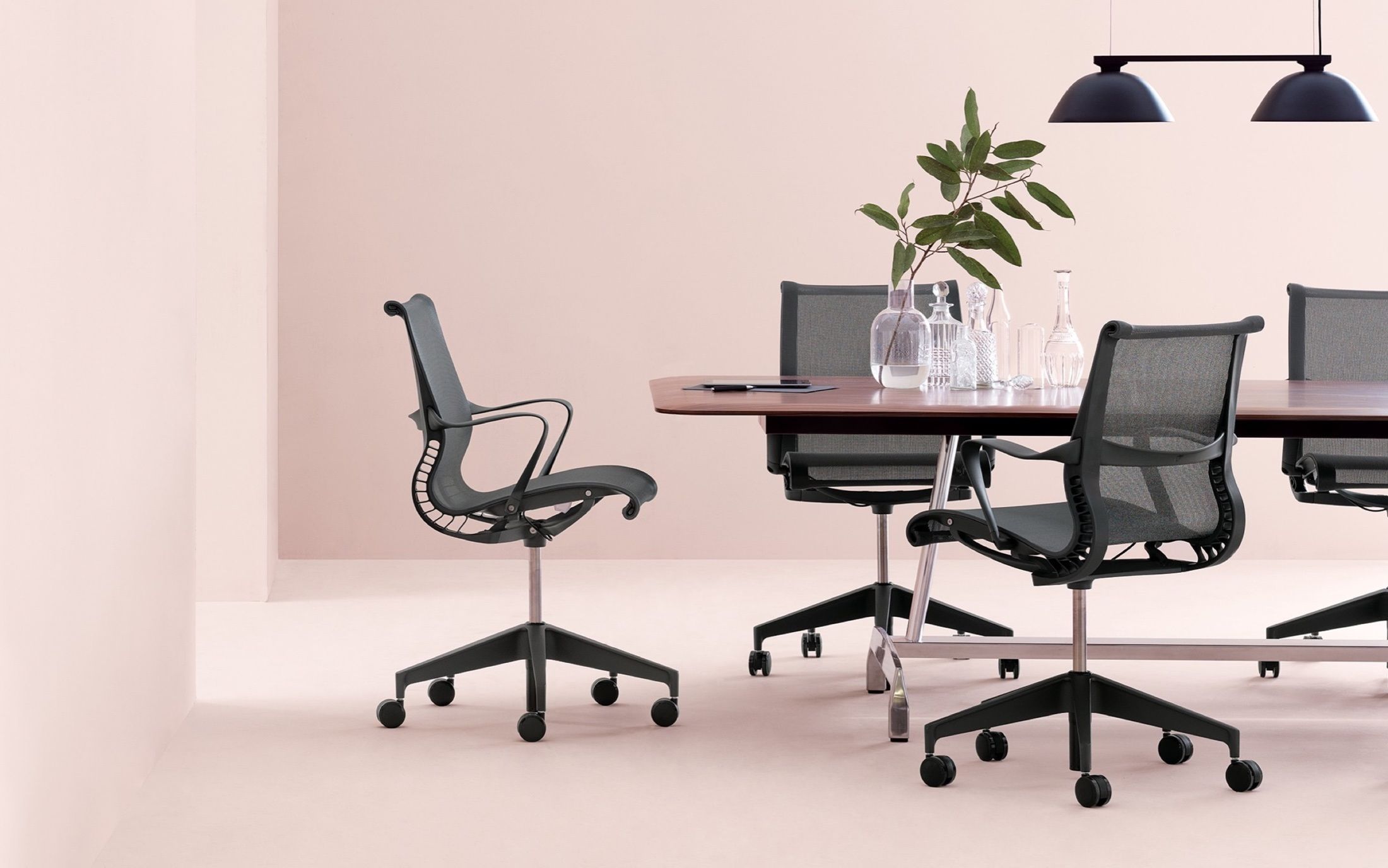 Mighty is thorough, thoughtful, and enjoyable to be around. They've been a great partner to work with on a wide range of strategic initiatives. Their expertise and value in UX design, content strategy, information architecture, copywriting, development, analytics, and product management has been immense.

By 2014, Mighty had already established a good reputation for visual design and technical expertise at Herman Miller for our earlier work with Nemschoff and Maharam. So when Herman Miller had an idea to build a co-branded website template for their Certified Dealer Network that could be connected to an always up-to-date Herman Miller Product API, they came to us.

As one of the largest contract furniture manufacturers in the world, Herman Miller has a large network of independent furniture dealers. At the time, their Certified Dealer Network of 40-odd dealers was responsible for an enormous percentage of Herman Miller furniture sales. This was a high-performing group, committed to consistency, quality, and efficiency. But many of these dealers' websites were dated and neglected, providing a poor user experience that was inconsistent with the high caliber of the dealerships themselves—and the Herman Miller products they sold.

Noticing this, co-branding with dealers was a big push at Herman Miller. Their original goal was to provide their best dealers with a low-barrier, high-quality website template that strengthened the relationship between Herman Miller and its Certified Dealers. By better presenting both Herman Miller and the dealer's brand and providing customers with a good digital experience, they hoped to help their dealers create a good first impression and strong customer relationships. 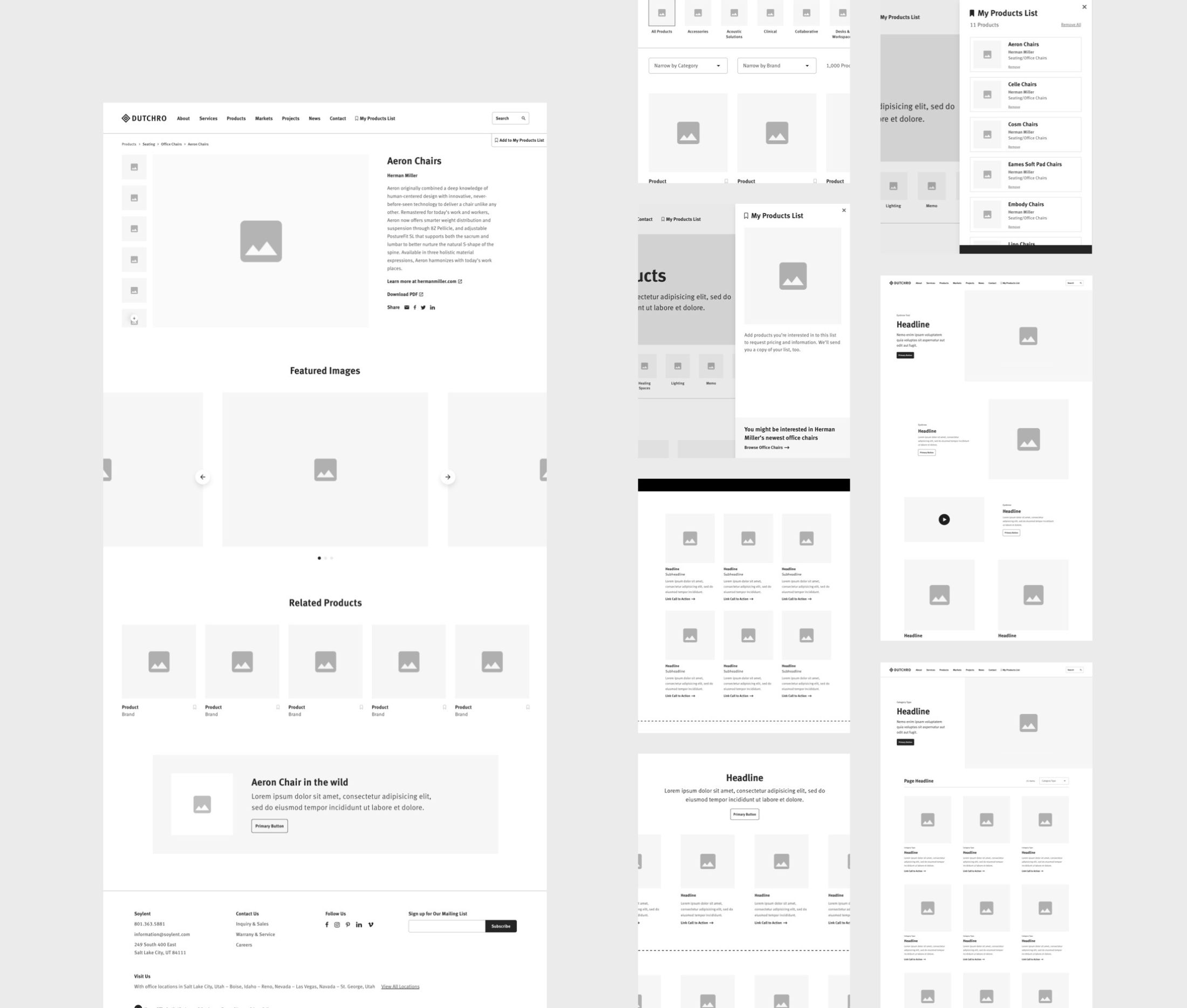 Co-creating a product API and middleware

A major component of Herman Miller's strategy to better align with their dealers hinged on an idea to include a syndicated feed of key Herman Miller products to every dealer who signed on.

Mighty worked with Herman Miller's technology team to define a data schema for what should be returned via the product API the Herman Miller team had been developing. When aspects of that data stream proved unreliable and difficult to parse, Mighty wrote custom middleware to clean and validate the API data—including copy, assets, and file links—and map it to fields in dealer content management systems.

Herman Miller had previously engaged a branding agency to help with broader co-branding efforts. Mighty was asked to take the co-branded website wireframes and design mockups they'd produced to create a repeatable solution for dealers. With a few refinements to create a more consistent—and responsive—digital design system, we built the co-branded website template using Craft CMS. Craft allowed us to create an approachable content management system that is truly content-first.

We launched the first three dealer websites in early 2015. 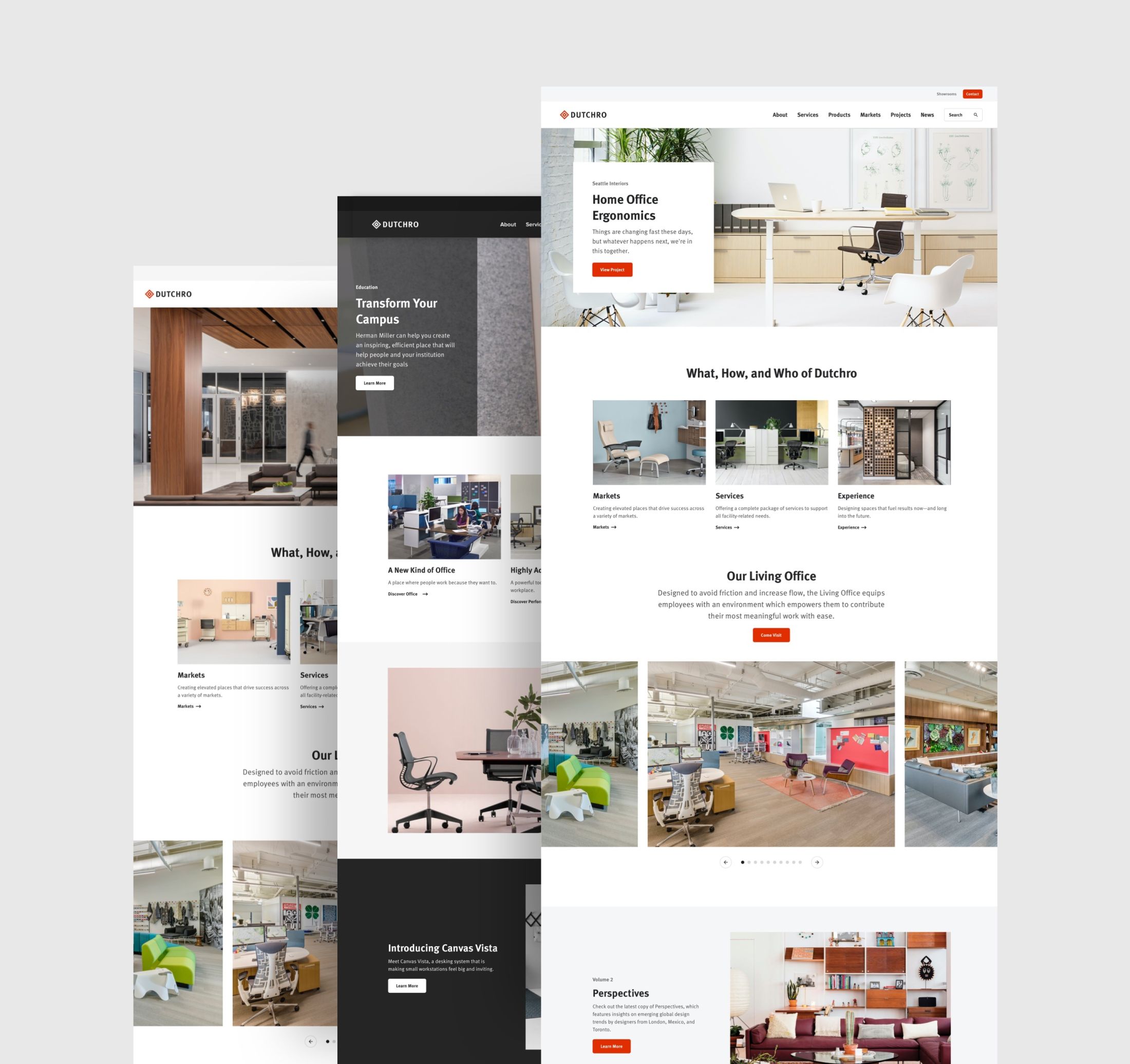 Herman Miller's pilot program was a success, and more and more dealers wanted to work with Mighty. Growth continued at a steady pace. By the end of 2015 we'd launched 8 dealers, and we'd doubled that number by the end of the following year. We knew the contract furniture industry well by now, and had grown to know the dealer community, too. Over this period, we worked with several dealers on separate content strategy, verbal branding, and copywriting projects, and it was clear that most dealers wanted and needed more than just a website template—they needed ongoing support, not just for the technology, but for digital marketing.

In 2017 we formalized Platform memberships, and partnered with Herman Miller to subsidize the cost to their dealers. Since then, Mighty has served the dealers as the go-to team for everything from technical questions about their CMS to content questions about their marketing ideas or help interpreting their website analytics. We began writing regular newsletters, hosting webinars, and providing other support to the dealer community as a whole.

Stewarding technology—and relationships—through growth and change is a sweet spot for Mighty.

By May 2020, we'd released the third major version of the Platform. Preparing this update required us to master Craft CMS content migrations and write new custom plugins to manage the technology, code, and information architecture. This unlocked new efficiencies in working with Craft CMS at scale. Since this release, the pace of new feature development and code deployments has accelerated exponentially.

While tightening our system, we also gave the dealers even greater flexibility. The new core design theme continued to draw inspiration from the Herman Miller brand, yet also introduced new membership levels and personalization options for dealers to better express their own brands.

Today, the Herman Miller Dealer Platform is one system, one codebase, managed by one team—meeting the needs of dozens of independent businesses. 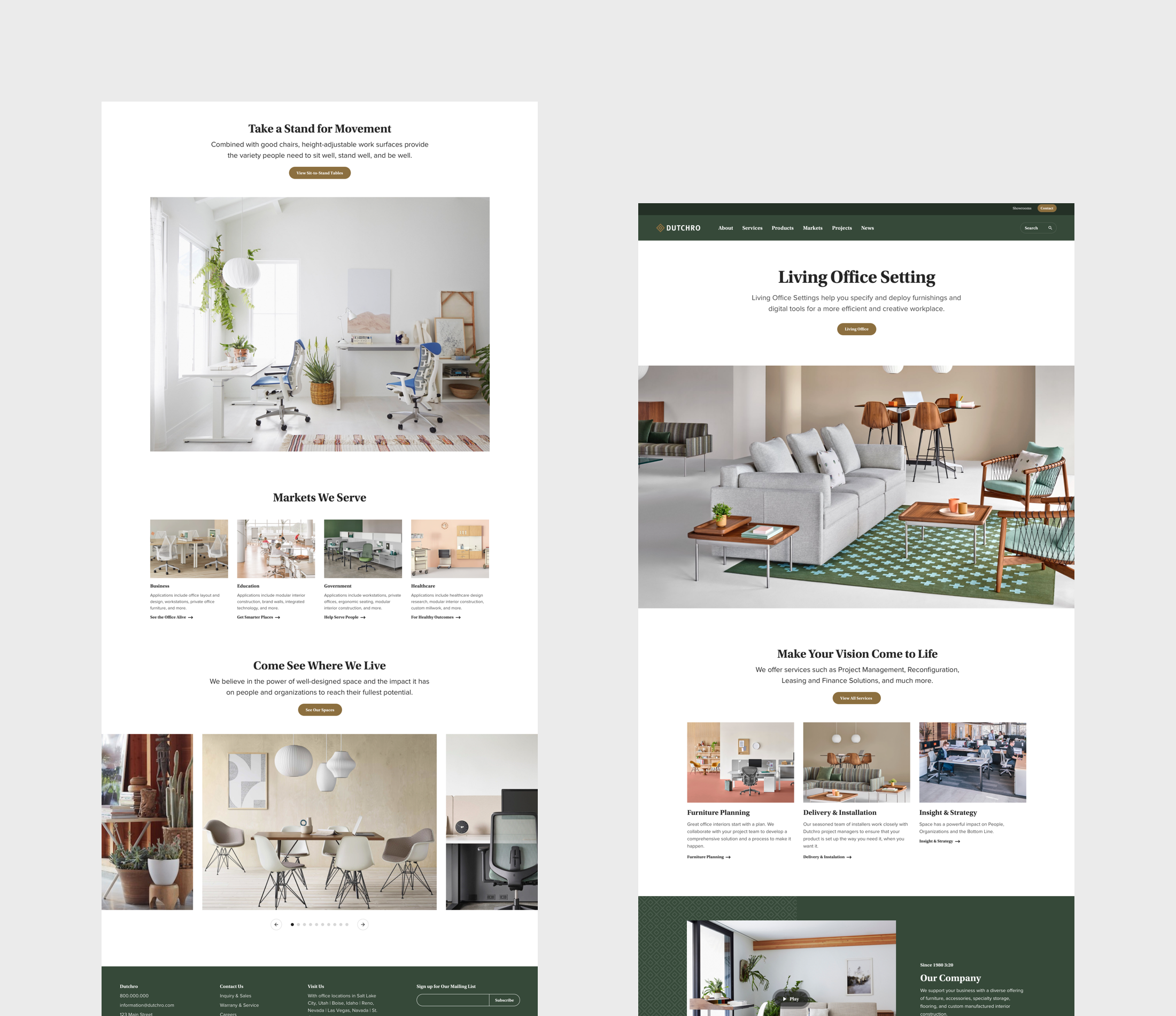 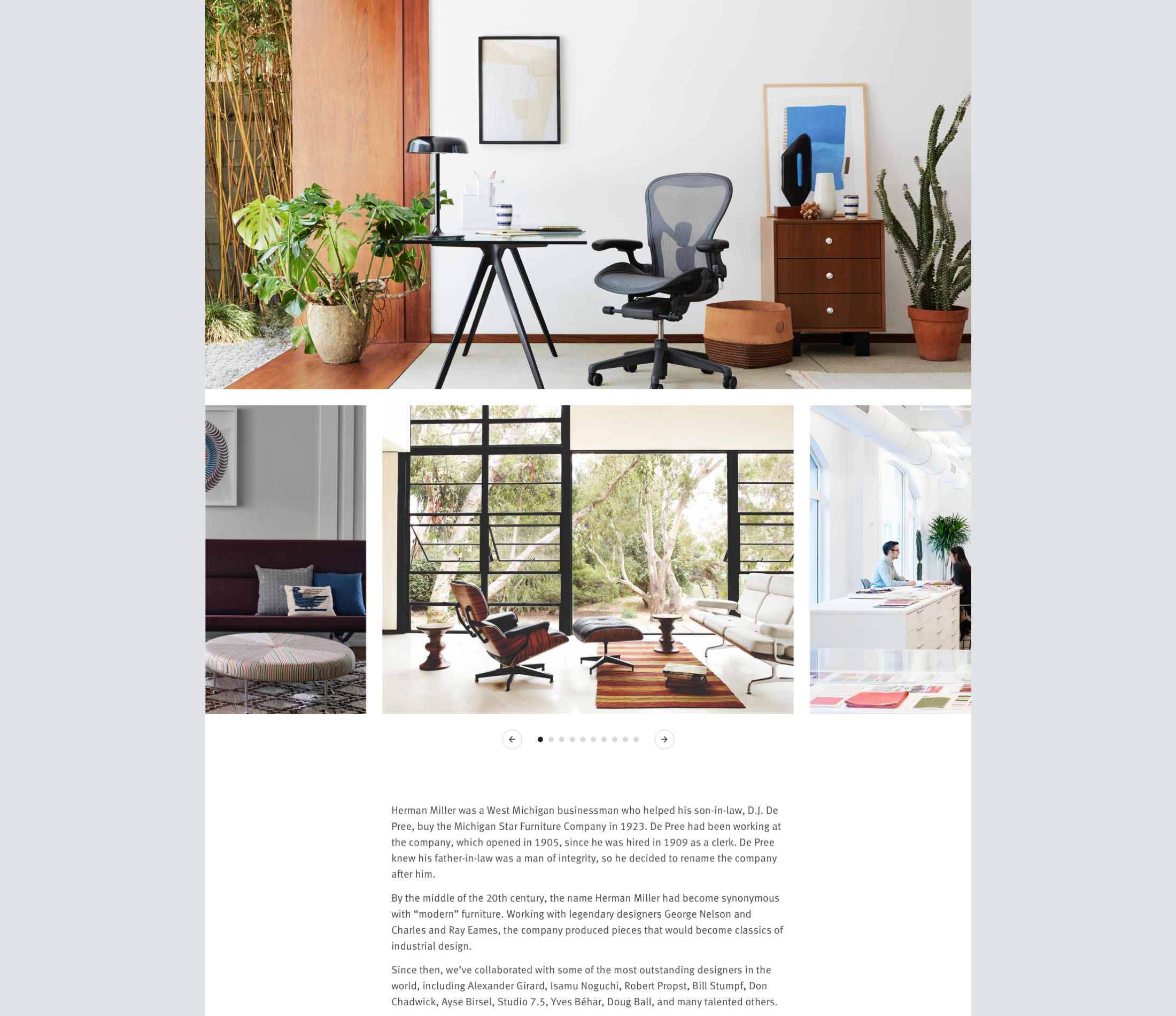 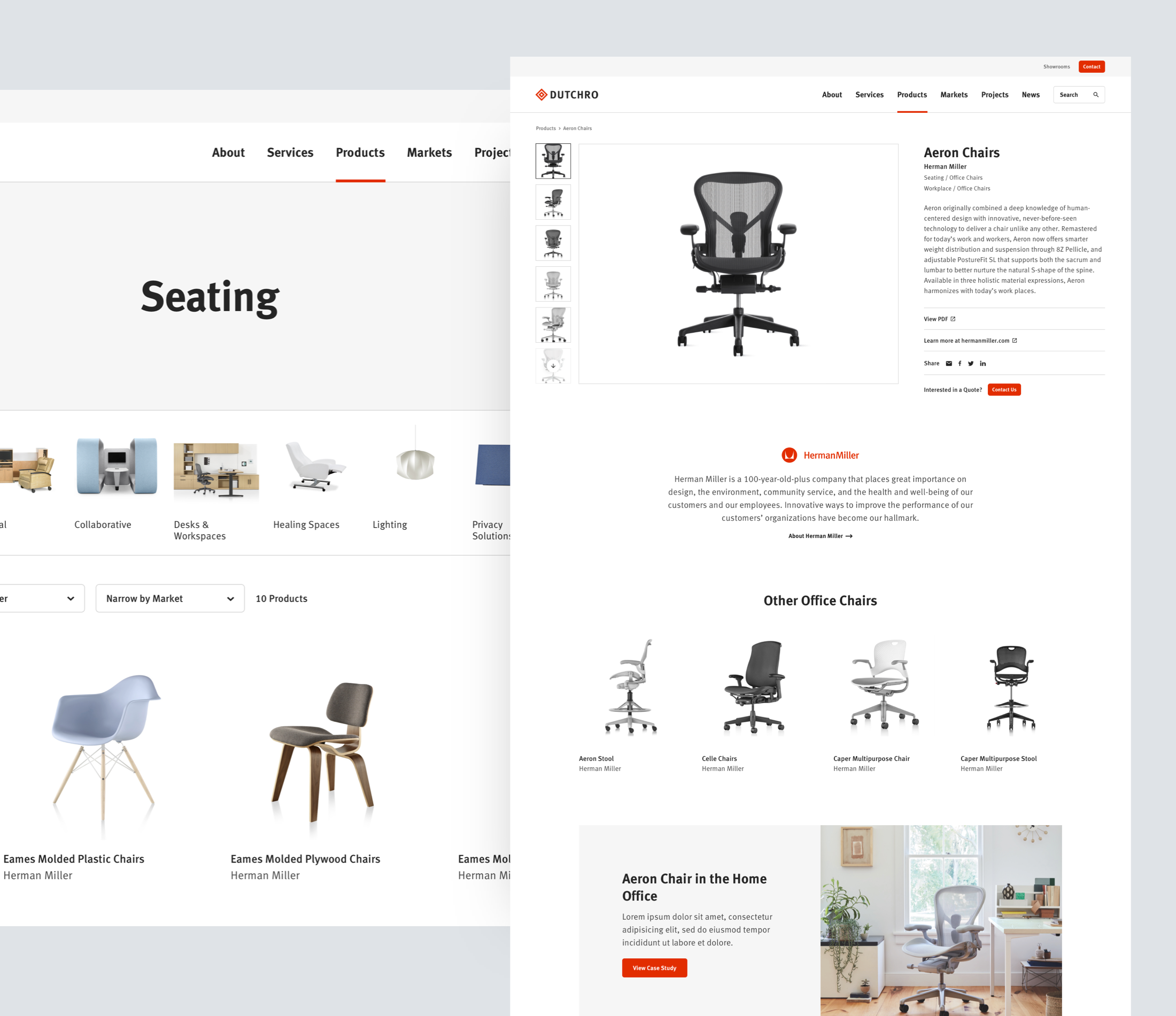 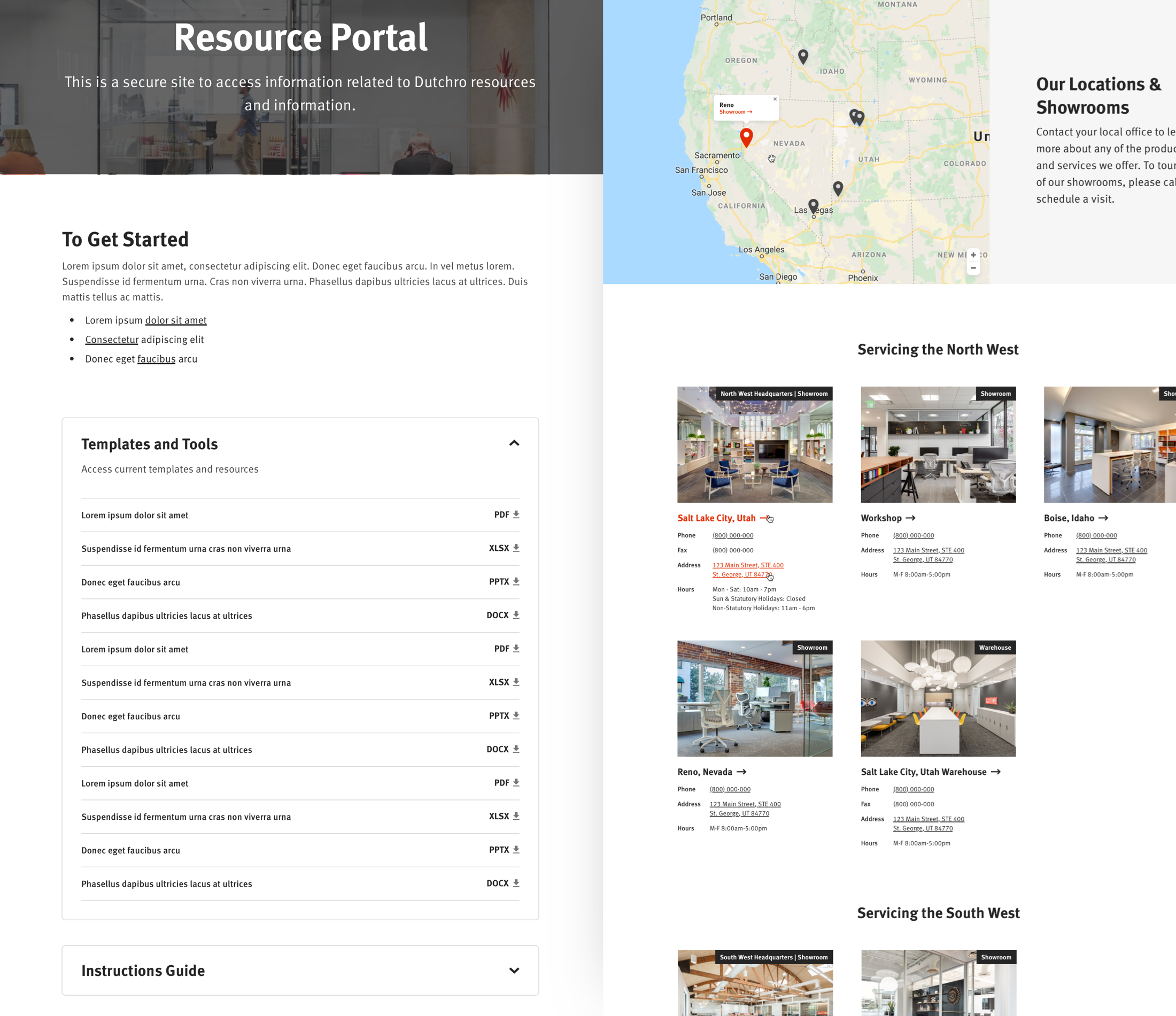 Have an idea? A project?

Our favorite clients tend to treat us as part of their team (and vice versa). If you’re looking to make something digital and interesting, we’d love to help you bring your ideas to life.